Visionaries often get the crappy end of the stick when it comes to getting credit for the impact they have on their respective companies. This happens everywhere – at big and small companies, including startups. At least until they’ve ascended to the god-like greatness of Steve Jobs and other Silicon Valley standouts. The road traveled by a visionary-type is a long and lonely one at best.

All startups are in dire need of visionaries – or else, they will got lost in the business world. However, not all startup founders are visionaries; they need to find one to complete their founding team.

The visionary is all about the idea. They see the finished product and let the practical folks figure out the logistics required to make a dream into reality – a concept into a concrete product or service. They understand that ideas are what lead to successes, and not so much the labor force that will later do the work to transform them into reality.

Here’s a long list of traits that make innovative visionaries stand out among their peers:

Visionaries aren’t afraid to daydream about possibilities. Once they “stumble” on a vision they feel is workable, they’ll stop at nothing to get everyone on board with those dreams and execute whatever initiatives are needed to make them happen.

2. They Force Change and Adaptation

Visionaries don’t dottle around in the certainty of the now or what’s commonly accepted as best. They instead strive to make things better – products, processes, profits, etc. Without visionaries, we’d all still be riding around on horse and buggy and going from continent to continent by boat.

3. They Aren’t Affected by Naysayer’s Opinions

Visionaries don’t dwell in rejection or the opinion of others. They stay the course until their vision is realized, no matter what obstacles arise.

4. They Keep Their Word

Visionaries are used to having their heart trampled on by broken promises from others. Still, most choose the moral high-ground, keeping their word even if it means intense sacrifice. Their handshake is as strong as any formal contract.

5. They’re Unwavering in Their Mission

Visionaries don’t stop until all possibilities are exhausted. Even in spite of monumental trials and tribulations including public embarrassment or financial ruin. Their mission is an internal one, separate from what’s considered normal, or right and wrong by the collective.

Visionaries understand people and know how to get them onboard with a given mission. They’re empathetic and compassionate to a fault. Visionaries will bend over backwards to help their team achieve whatever goal they’re striving toward and are generally respected by all who work under them and whom they’ve swayed to their way of thinking.

7. They’re the Most Impactful Personality on the Planet

Visionaries, once they’ve had a success or two, have the biggest impact on the planet. Just look at what George Lucas has done for the animation and special effects industry – or the film industry as a whole for that matter? It’s the visionary’s unwavering sight that people end up respecting the most once they’ve ascended the mountain of success.

8. They’re Perfectionists With a Twist

Visionaries can be difficult to work with if you suggest something that doesn’t fit into their mental imagery. However, those who’re destined for success often have a long list of people who thought they were way off on the details of how to accomplish a goal, yet still managed to be right when it came to what worked best for realizing their passions. 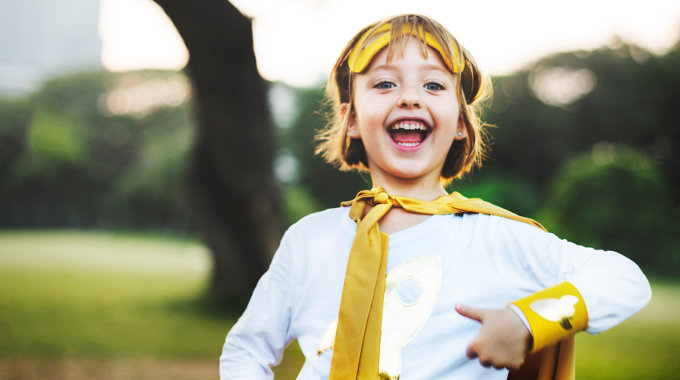 Next time you pass off a visionary as a delusional dreamer, consider where you’d be without them. Not just in business, but in life in general.

Where would the world be today without the hard work of spiritual visionaries like Ghandi or the Dalai Lama? What about explorers like Christopher Columbus or Neil Armstrong?

The world needs visionaries. People with big fat dreams who’ll stop at nothing to achieve what’s often called impossible by others.

Are you a visionary or a realist? If so, do you agree or disagree with the points made above?

7 Money Management Tips no Startup Can Survive Without